​Native Americans lived on the Lake Shawnee property for more than 2,000 years. With rich soil, a crystal clear river, and a cliff nearby (known as “Indian Lookout”) made this land perfect to raise a family and survive. On your visit, you will see the burial grounds, ancient artifacts, photos of the Marshall University and Concord University archaeological digs, and you will hear stories about their lives and deaths.

Chief Cornstalk  (1720 – 1777) was a prominent leader of the Shawnee nation just prior to the American Revolutionary War  (1775-1783). His name, Hokoleskwa, translates loosely into “stalk of corn” in English and is spelled Colesqua in some accounts.  Cornstalk opposed European settlement west of the Ohio River in his youth, but he later became an advocate for peace after the Battle of Point Pleasant  (1774). His murder by American militiamen at Fort Randolph during a diplomatic visit in November 1777 outraged Native Americans. Historians believe he may have been born in present-day Pennsylvania, and with his sister, Nonhelema, moved to the Ohio Country, near present-day Chillicothe, when the Shawnee fell back before expanding white settlement. Stories tell of Cornstalk’s participation in the “French and Indian War” from 1754 to 1763, though these are probably apocryphal. His alleged participation in Pontiac’s Rebellion from 1763 to 1766 is also unverified, though he did take part in the peace negotiations.

Tecumseh (1768 – 1813) (in Shawnee, Tekoomsē, meaning “shooting star”, “panther across the sky” or “blazing comet”) was a Native American Shawnee warrior and chief, who became the primary leader of a large, multi-tribal confederacy in the early 19th century. Growing up during the American Revolutionary War and the Northwest Indian War, Tecumseh was exposed to warfare and envisioned the establishment of an independent Native American nation east of the Mississippi River under British protection. He worked to recruit additional members to his tribal confederacy from the southern United States. Tecumseh was among the most celebrated Native American leaders in history and was known as a strong and eloquent orator who promoted tribal unity. He was also ambitious, willing to take risks and make significant sacrifices to repel the settlers from Native American lands in the Old Northwest Territory. Since his death, Tecumseh has become an iconic folk hero in American, Indigenous, and Canadian history.

We ask when you visit to bring an offering to pay respect to those who have passed on the property. 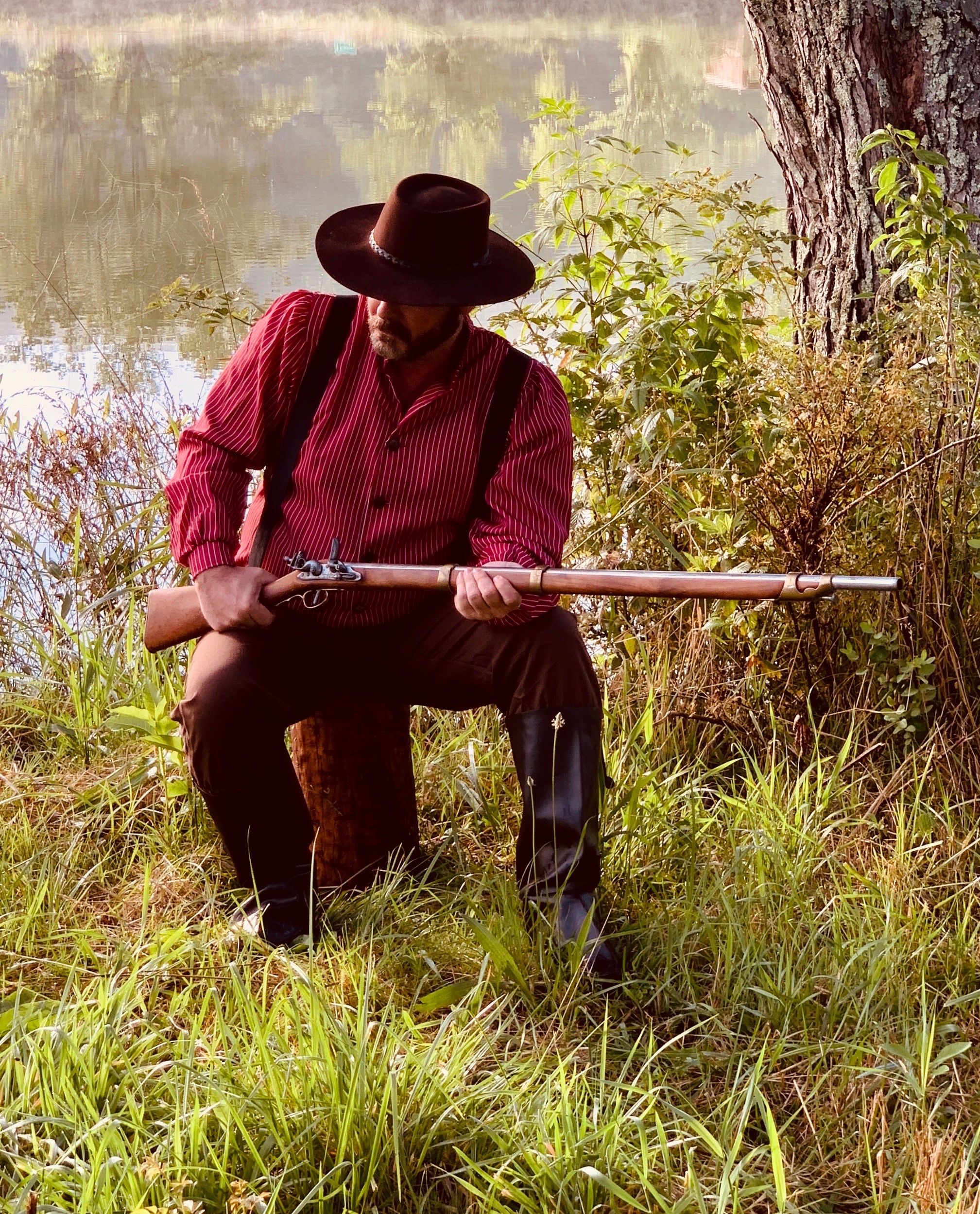 It was on this land that three of the Clay children were buried. Two of their children (Bartley and Tabitha Clay) were killed by Shawnee Indians while doing chores on the property.  The third was taken captive and later burned at the stake. Mitchell Clay first marked the grave in 1783. On August, 14th 1937, a headstone marker was erected by THE DAUGHTERS OF THE AMERICAN REVOLUTION marking the location of the graves permanently. Hear the story, and visit their gravesite and tombstone that still stands on the property today. 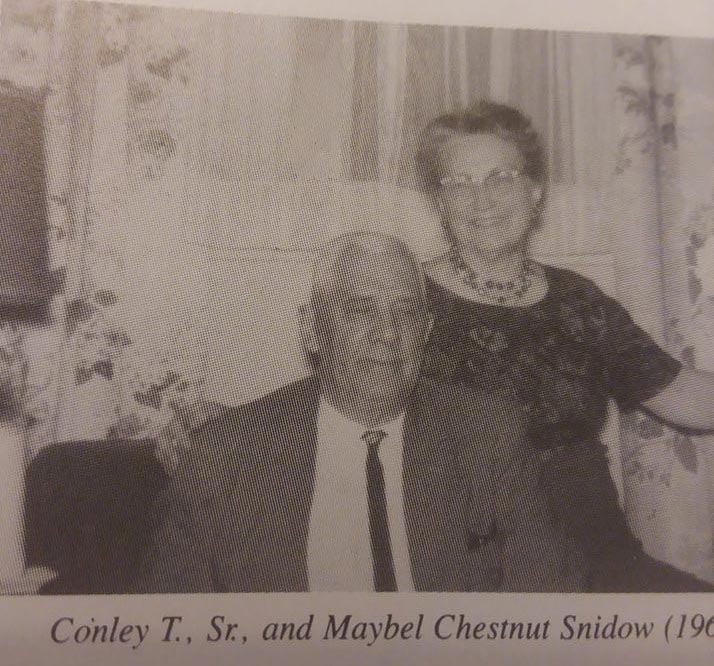 Conley Snidow (1889 – 1978) was an innovative and prominent businessman in this area.

When the man-made lake on the property was being dredged he used a horse and plow with a board on the front to start shaping the lake as we know it now. While weather and the passage of time have changed the shape a little, the core outline is still present and filled with water today.

Coal miners would come from miles around for a weekend of fun and they would bring their families with them. 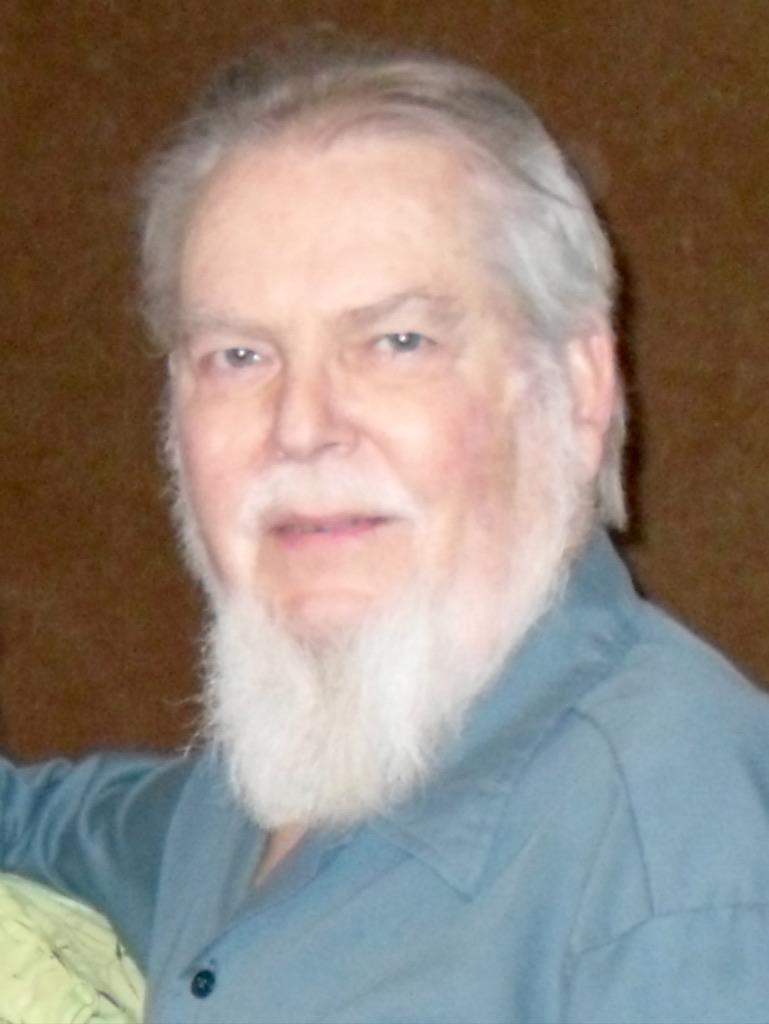 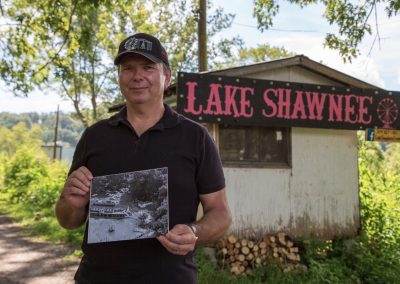 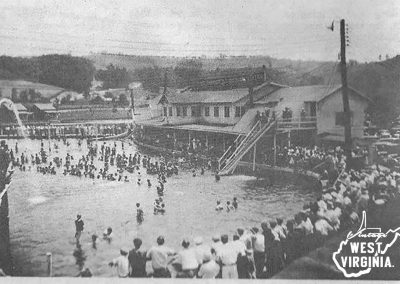 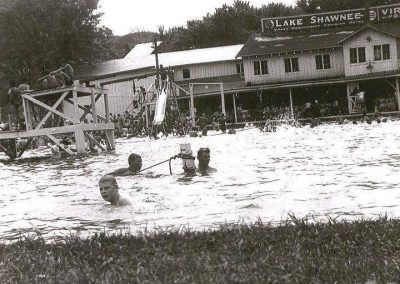 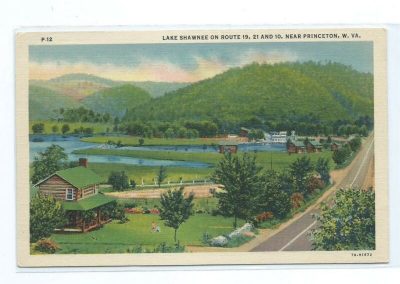 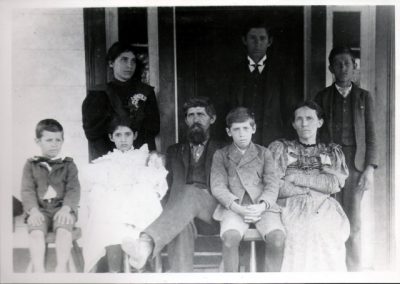 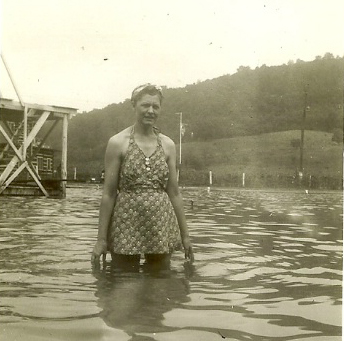